While Wigan Athletic promoted to the League One, thanks in part to Will Grigg’s impressive record in front of goal,
one Kennedy’s ode to the attacker has taken the football world by storm, after it was posted on social media. The club have acted by rewarding the genius behind the chant that has helped build momentum in their promotion push. Kenny earned a free season ticket, as the feel-good atmosphere at the DW Stadium following the club’s immediate return to the Championship continues. 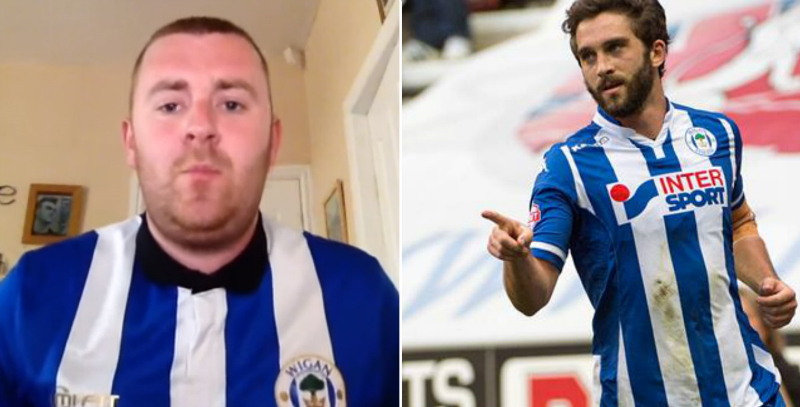 Wigan’s president David Sharpe thanked the fan by tweeting ‘For inventing the best chant ever known to man, you’ve earned yourself a free season ticket for next season @KennoUTJ’, before adding: ‘Will Griggs on fire’.

But the first version of the football chant goes back to 2012, when it was frequently sung by the fans of Stevenage FC about winger Luke Freeman, while fans of Newcastle United have their own song for attacker Mitrović. After the song gained popularity all over the country, the song was edited into an official song and has entered the British charts. All earnings will be donated to charitable foundations.

Can somebody do me a favour? Tell me is #WillGrigg STILL on fire and should my defence still be petrified?

Just asking for a friend.

Is it just me who still can’t sing the correct words to freed from desire ?! #willgrigg

It’s so hot today, even Will Grigg might be on fire.#Wigan #wafc #fire #willgrigg #grigg #football #meme